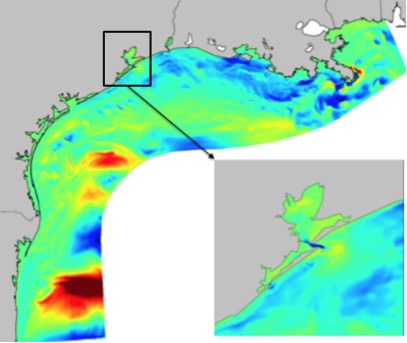 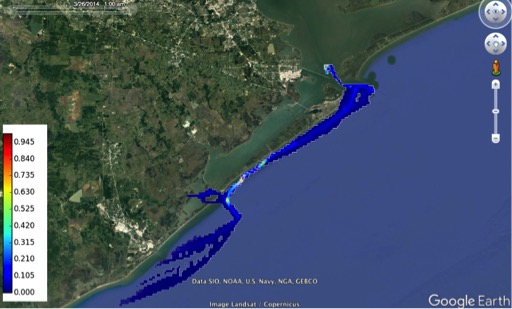 Full Abstract:  Where Texas bays meet the alongshore currents of coastal shelf waters, we have an oil spill odeling challenge caused by (i) the scales of tidal eddies at narrow ship channels, (ii) the complexity of nearshore transport paths along the coast, and (iii) the different physical scales of bay and coastal hydrodynamics. Furthermore, the latter point requires different hydrodynamic models for bays and coastal domains, creating a disconnect in oil spill modeling when oil may be transported either into or out of a bay.  By improving the models of the GLO oil spill prediction system we can provide a better, more seamless prediction where spilled oil will cross a bay threshold and where it makes landfall along the coast. Because these issues involve both bay and coastal models, along with fundamental problems in fluid mechanics, we have developed an integrated team of three investigators from UT and TAMU who bring different strengths and provide for a closely-coupled project. This project updates and improves oil spill modeling in Texas bays, as well as provides simpler, more reliable techniques for predicting of oils spills that might be ingested into or expelled out of a bay. 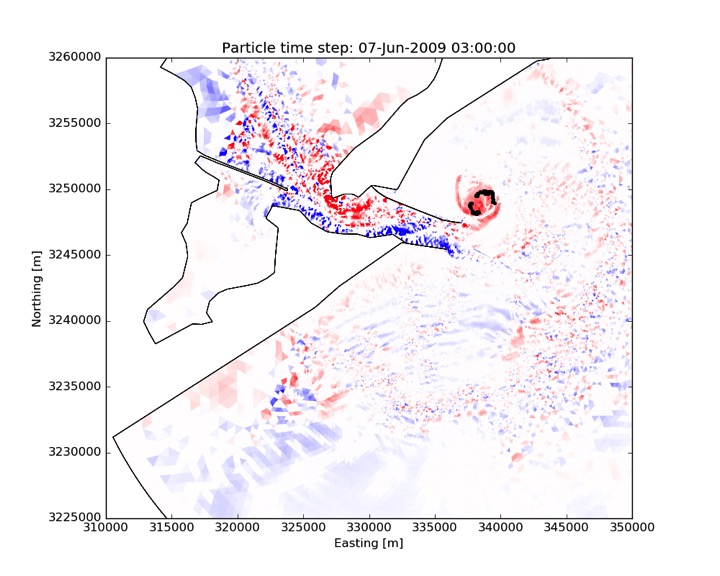 Christiansen, D.A. (2013), Flow around a dredge spoil island in a shallow estuary during peak tidal currents, master’s thesis, The University of Texas at Austin, https://repositories.lib.utexas.edu/handle/2152/23641.